In recent years, the anime industry has seen incredible growth and development, ushering in a wide variety of anime series and stories. This surge in popularity has caused many anime fans to look for their next favorite show to binge-watch. However, with so many series to pick from, it can be difficult to narrow down the list.

To help make your search a little easier, we’ve compiled a list of the best completed anime that are perfect for binge-watching. Whether you’re looking for a classic, a fan-favorite, or something completely different, you’ll find something in this selection of anime. From long-running series to shorter arcs, you’ll find a great anime to add to your watch list. So, let’s get started!

Fullmetal Alchemist Brotherhood is one of the most iconic and beloved anime series of all time. It follows the Elric brothers as they search for the Philosopher’s Stone in order to restore their damaged bodies. The anime is known for its incredible action sequences, deeply developed characters, and gripping storyline of moral ambiguity and difficult choices. Fullmetal Alchemist Brotherhood is a must-watch for any anime fan and is an excellent choice for a binge-watch.

One of the best completed anime series to binge-watch is the classic psychological thriller, Death Note. This anime series follows the story of a high school student who discovers a notebook that can kill anyone whose name is written in it. With the power to decide who lives and who dies, he soon finds himself on a dark path of using the Death Note for his own justice. This series is full of psychological intrigue, as the main character must battle his own moral compass and deal with the consequences of his actions. Death Note is an edge-of-your-seat anime that you won’t want to miss. 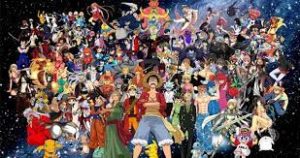 Attack on Titan has been one of the most popular anime series of all time, and for good reason. Set in a post-apocalyptic world where humanity is under siege from giant humanoid creatures called titans, Attack on Titan is a thrilling and suspenseful story of survival and courage. The animation is stunning and the characters are memorable, making it a must-watch for anyone looking for an exciting and thought-provoking anime series. Whether you’re a long-time fan or a newcomer to the anime world, you won’t want to miss Attack on Titan.

Cowboy Bebop is often heralded as one of the best animes of all time. This classic series from the late ’90s follows the adventures of a ragtag group of bounty hunters in space. As they hunt down their targets, they also find themselves in some incredibly intense and thought-provoking situations. It’s full of classic characters, beautiful animation, great action scenes, and plenty of humor. Cowboy Bebop is a must-watch for any anime fan looking for an exciting, thrilling adventure.

5. One Punch Man: If you’re looking for a hilarious anime that’s sure to leave you in stitches, then One Punch Man is the perfect choice. This action-packed series follows the story of Saitama, an ordinary man with extraordinary strength. His overwhelming power allows him to defeat any opponent with just one punch, which leads to some hilarious situations. The show also has a great balance of comedy and action that will keep you engaged from start to finish.

In conclusion, there is something for everyone when it comes to anime. Whether you prefer a lighthearted comedy or an action-packed adventure, there is a completed anime series that is sure to please. With their unique art styles, compelling storylines, and captivating characters, the best completed anime series are sure to keep you entertained and provide hours of enjoyment.