Manga is one of the most popular forms of entertainment in Japan and around the world. It’s a unique art form that combines illustrative art, dynamic storytelling, and a range of genres. Many manga series have become popular outside of Japan, and as a result, there is an ever-growing list of manga series to choose from. Whether you are new to manga or a seasoned fan, this blog post is here to help you find the best ones to read now.

We will explore the top manga series and discuss the different genres, styles, and themes that make each one special. From historical dramas to high-stakes battles, there is something for everyone. So, if you’re ready to explore the world of manga, read on to discover the best manga series to read now.

One Piece, written and illustrated by Eiichiro Oda, is one of the most popular and beloved manga series of all time. It follows the adventures of Monkey D. Luffy, a young pirate who dreams of finding the legendary “One Piece”, the world’s ultimate treasure. Along the way, Luffy is joined by a cast of colorful characters, each with their own motivations and ambitions. One Piece is filled with exciting battles, ridiculous humor, and unforgettable moments, making it a must-read for any manga fan.

Attack On Titan is one of the best-selling manga series of all-time. Set in a world of giant Titans, the story follows three young teens as they fight to protect their home from the onslaught of the Titans. It’s a thrilling and captivating story, filled with action, heartbreak, and some of the most unique characters in manga history.

Fans of the series will be happy to know that the much-anticipated fourth season of the anime adaptation is coming soon. Attack On Titan is a must-read for any manga fan and is sure to keep you hooked from the first page.

My Hero Academia is a top-tier manga series that fans of superheroes and shounen action should not miss. This series follows Izuku Midoriya, a young boy with no superpowers in a world full of them. He is determined to become the world’s greatest hero and with the help of his mentor, All Might, he rises to the challenge.

The series features stunning artwork, a compelling story, and a cast of characters that readers love and root for. All these elements combine to make My Hero Academia one of the best manga series to read now. 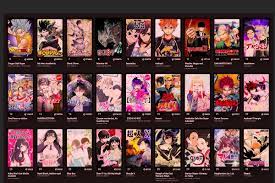 4. The Promised Neverland is an award-winning manga series written by Kaiu Shirai and illustrated by Posuka Demizu. It tells the story of Emma and her friends as they discover the dark secrets of the orphanage they were raised in. Through this series, the authors explore themes of friendship, family, trust, and loyalty.

The intense story and captivating art style make The Promised Neverland one of the best manga series to read now. Despite its dark themes, the series manages to provide moments of hope and optimism, making it a must-read for fans of the genre.

If you’ve been looking for an action-packed manga to sink your teeth into, Demon Slayer: Kimetsu no Yaiba is an excellent choice. It follows the story of Tanjiro, a young boy living in 19th century Japan.

When Tanjiro’s family is slaughtered by a demon, he sets out to avenge their deaths and become a Demon Slayer. With an intriguing story and beautiful illustrations, Demon Slayer is sure to keep you hooked. Plus, it’s already inspired an award-winning anime series, so you can enjoy the story in both mediums.

In conclusion, the best manga series are creative, enjoyable, and always offer something unique. Whether you’re looking for something classic or contemporary, there’s a manga series out there for you. From horror to comedy, romance to action, each one is sure to keep you hooked and entertained until the very end. So, why not give one a try and see what all the fuss is about?